Łukasz Orbitowski is considered one of the – or even the best – contemporary horror authors in Poland. He developed his own formula of popular fiction, in which typical horror tropes are mixed, in various proportions, with elements of contemporary fiction and thriller. He started with short stories, some of which were included in collections like Szeroki, głęboki, wymalować wszystko, Wigilijne psy. Orbitowski’s early writing’s characteristic feature was a mixture of horror and contemporary fiction. In the short stories, mostly taking place in Krakow, he interestingly weaves together accurate observations about reality (including the socio-economic problems that young people in Poland faced at the beginning of the 21st century) with otherworldly eeriness, the urban life reality with the world of ghouls. In other words: he achieved horror by juxtaposing palpable elements of everyday life with strangeness, the ordinary and familiar – with the odd and inexplicable. With time Orbitowski started writing novels and gradually reinvented his writing formula, even though he did not abandon short stories. In the stories such as Tracę ciepło and Święty Wrocław  or in a short stories collection Nadchodzi the writer seems much more occupied with the “twilight zone”, the world of specters and ghouls, mysterious, ancient powers that hides under the lining of reality, influencing the fate of humans. At the same time, in his writing Orbitowski strongly emphasizes ambiguity, ontological uncertainty of “textual worlds”.  In many of them it is not absolutely clear if the parades of specters and grotesque, often terrifying creatures appear as a result of the heroes’ mental problems, or if they actually exist on the fringes of human perception. That is the situation in the titular story from Nadchodzi, in which it is never certain if a demonic house, in which a crime has been committed and which literally chases the narrator’s father for decades, really exists, or if it’s a form of trauma internalization through a fantastical story. The writer also adds numerous cultural references, mixing popular culture tropes with traditional references, particularly to Polish Romantic literature, in an interesting way. 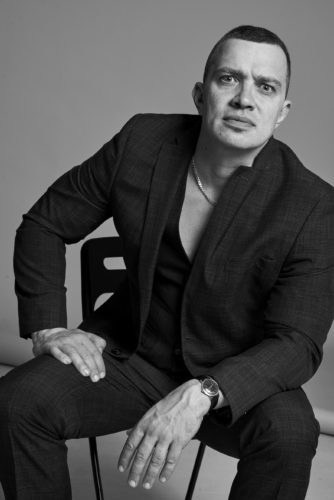 Born in 1962, writes novels and essays and is the most widely admired Polish author of her generation. The winner of many prizes and honours, she has the rare distinction of being equally valued by the critics and the general reading public. Nobel Prize laureate.

As a teenager she tried her hand at poetry, but then remained silent for many years, until she wrote her first novel, The Journey of the People of the Book (1993), which was very well received by the critics. The book is a sort of modern parable. On the literal level it is about an unsuccessful expedition to find the mysterious Book; along the way the two main characters fall passionately in love. The story is set in seventeenth-century France and Spain; however, it is not the local colour that predominates, but the fascinating enigma of the mysterious Book. In her second novel, E.E. (1995), Tokarczuk turns back to a past era that is much closer to our own. This time the action is set in Wrocław in the early twentieth century. The main character is Erna Eltzner (the E.E. of the title), an adolescent girl from a bourgeois Polish-German family, who is found to have the powers of a medium. Here too we find a fascination with mysterious phenomena that defy human understanding.

Without doubt Tokarczuk’s greatest and most acclaimed success to date is her third novel, Prawiek and Other Times (1996). The Prawiek of the title (the word prawiek means “time immemorial”), a mythical village supposedly lying at the very centre of Poland, is an archetypal universe in miniature where all the joys and sorrows known to man are concentrated. As Jerzy Sosnowski wrote about this novel, “From odds and ends of real history Tokarczuk builds a myth, i.e. a history with a rigid order, where all the events, including the bad and tragic ones, have their reasons for happening. She organises space according to the model of the mandala – a circle drawn inside a square, which is the geometrical image of perfection and completion.” Prawiek and Other Times is the high point in modern Polish mythical fiction. Her next novel, House of Day, House of Night (1998), is very different in tone and genre. The word “novel” is quite misleading here, because the book is a hybrid of different pieces, including lots of sketches and more coherent stories, notes of an almost essay-like nature, private diary entries, etc. Indeed, House of Day, House of Night is the author’s most personal book and also her most “local”; in it she takes a close look at the area where she lives (in and around a village in the Sudety Mountains on the Polish-Czech border). Among the stories inspired by the place is the captivating tale of the mediaeval Saint Kummernis, a woman whom God saved from an unwanted marriage by giving her a man’s face.

In 1997 she published a small collection of three short stories, entitled The Wardrobe, but until Playing Many Drums (2001) came out there had been few opportunities to admire her talent as a short story writer. This book includes 19 stories arranged in three groups. The first group of stories could be described as self-referring, because they are about the nature of creativity (not just literary). The second group are apocryphal; just like the tale of Kummernis which was based on an authentic story Tokarczuk found in the Lower Silesian provinces, four of the stories included in Drums are also based on local legends, which she develops and continues in her own way, adding colour and enlivening the bare historical facts. Finally, the third group includes a number of stories with realistic main themes of a moral/psychological kind. Olga Tokarczuk has also published an essay as a separate book (The Doll and the Pearl, 2000), in which she offers a new interpretation of Bolesław Prus’s late nineteenth-century novel The Doll, which is considered a masterpiece of Polish novel writing. 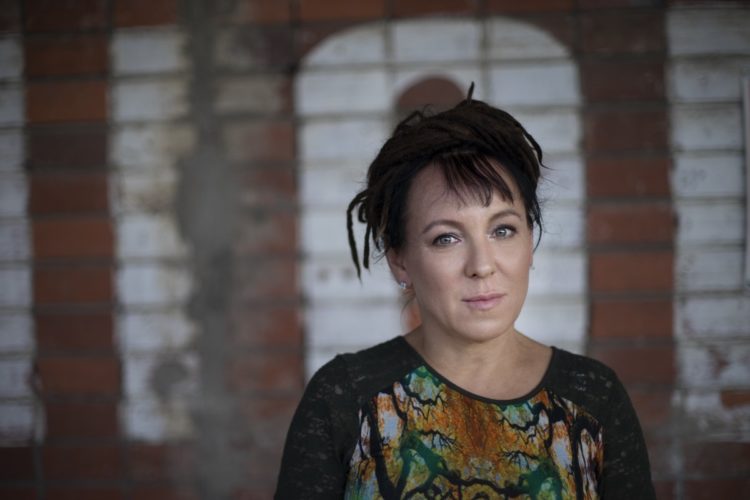 He has published in Angora, Miesięcznik ZNAK, Newsweek, Nowa Fantastyka, Polityka, Przekrój, and Tygodnik Powszechny. He also translates literature from the English language.

Małecki’s work (like that of other writers of his generation, such as Łukasz Orbitowski and Szczepan Twardoch) emerged out of fantasy, gradually evolving toward more realist prose, with a small dose of horror and the uncanny. His characteristic style crystallized in the bestselling, critically acclaimed, and award-winning novel Shudder.

Małecki is inspired by paintings and photographs, he uses the stories he hears and mixes in a touch of the grotesque, the surreal, or the symbolic. He also transforms autobiographical themes: his works are set in the old Kujawy-Pomeranian Voivodeship (the author’s place of origin), Poznań, or Warsaw, where he has lived; as a onetime analyst and financial adviser, he has some of his protagonists work in the credit departments of banks (The Miracle Smuggler, Shudder). His books abound with sociological micro-observations, particularly when it comes to block-apartment dwellers (Josef, Errors) and the transformations of the Polish countryside (especially in Shudders, whose action most resembles a saga: it reaches back before World War II, covering the lives of three generations of Łabendowiczes and Gelds against a backdrop of stormy historical and social developments).

The writer populates his prose with powerful and world-weary women, men battling addictions, and oversensitive children, and is particularly keen to depict the experience of otherness. His protagonists are outcasts, cripples, wracked by obsessions like Chwaścior in Traces, or albinos, like Wiktor in Shudder or Stasio Baryłczak in Josef. Rejected by their surroundings or freely abandoning their communities they dive into an alternative world, often hovering between brilliance and sickness or mania. God and evil seem eternally at war – in each book the writer creates a gallery of ethically equivocal characters. He owes a great debt to his beloved moralist authors: in Errors, this is Mikhail Bulgakov, in Josef – Joseph Conrad.

Małecki intersects people’s stories, generally dramatic ones laced with horror, full of suffering and anxiety. He is happiest to let their lives play out – from their births to the crowning moment of their triumphant death. He introduces surreal motifs, like a curse or a prophecy (this explains the critics’ tendency to can him a “magical realist,” which he rejects), but he admits a common-sense, much more tragic interpretation of human existence, as guiltless misfortune. He is fascinated by the problem of fate, chance, and the chain of semi-conscious life decisions, most clearly exhibited in Traces, a book that weaves story-portraits into an overriding plot, eluding genre definitions. His prose is fond of blurring the boundaries between fiction and reality, particularly in the portraits of passionate readers who inhabit the stories: Iks in Errors, Irena Łabendowicz in Shudder, and especially Czwarty in Josef seek an escape and salvation in books. 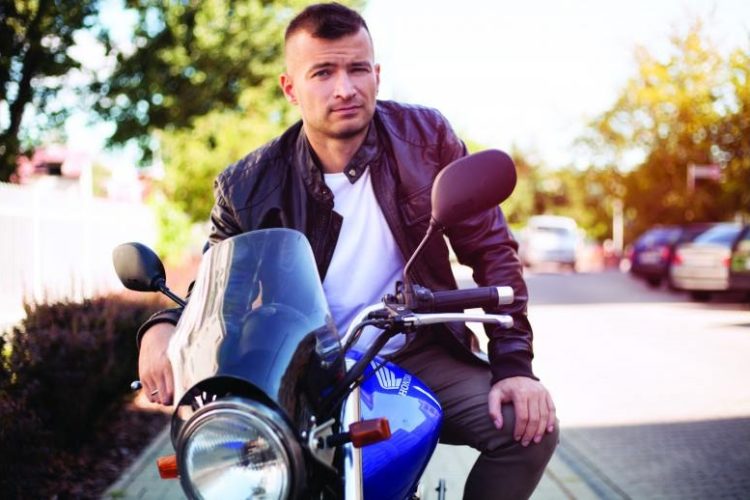