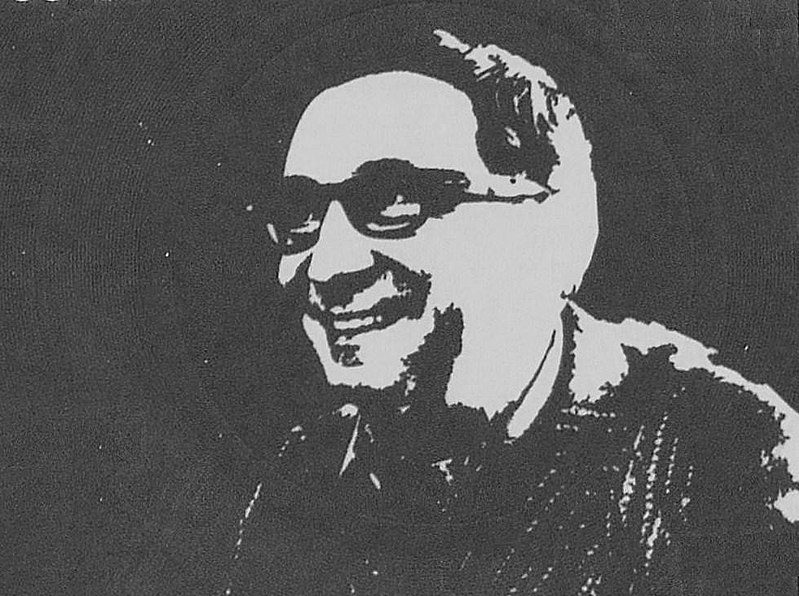 He was associated with the subculture of ‘bikinier’ (Polish equivalent of American ‘beatniks’ or British ‘teddy boys’ – translator’s note), although he wouldn’t admit it himself. A great jazz lover, author of an iconic novel about Warsaw. May 16th marks the hundredth anniversary of the birth of Leopold Tyrmand – one of the most important Polish pop culture artists.

He was born on 16 May 1920 in Warsaw. His parents, Mieczysław Tyrmand and Maryla Oliwenstein, were assimilated Jews. After graduating from middle school, Leopold left for Paris, where he studied architecture at the Academy of Fine Arts in Paris for a year. When the Second World War broke out, he was in Warsaw. From there, he made his way to Vilnius, but his parents were taken to Majdanek concentration camp – his mother managed to survive, she left for Israel afterwards, his father died in the camp.

In Vilnius, Leopold Tyrmand took up a job at the largest Russian daily newspaper “Komsomolskaya Pravda”, where he wrote political, social, and sports columns. After the war, however, he concealed this fact – he revealed it only in 1967. During the war, he also cooperated with an underground independence organisation. In April 1941, he was arrested by the NKVD (The People’s Commissariat for Internal Affairs – the interior ministry of the Soviet Union). He was sentenced to eight years in prison for his cooperation with an anti-Soviet organisation. A month later, after the Germans attacked the Russian-occupied Vilnius, he managed to escape after the train transporting him crashed. Afraid of being identified as a Jew, he sought to get forged documents, issued with a French surname, and volunteered to go to the Reich to work as a labourer. He was in Mainz, Wiesbaden, and Frankfurt, working as a waiter, translator, assistant librarian, and railway worker, among other things. In 1944, he enlisted onto a German ship, wanting to get to Sweden. In the Norwegian port Stavanger, he escaped from the ship, was captured and placed in the Grini concentration camp near Oslo. After the war, until April 1946, he stayed in Denmark and Norway as an employee of the International Red Cross and a correspondent of the Polish Press Agency ‘Polpress’. After returning to Warsaw, he started working as a journalist in the Press and Information Agency. He lived in the pre-war YMCA building, described by him in Dziennik 1954 (“Diary 1954”). He published articles and columns in numerous papers and magazines, including “Ekspres Wieczorny”, “Rzeczpospolita”, “Dzisiaj i Jutro”, “Ruch Muzyczny” and “Przekrój”. For the latter, in 1948, he interviewed, among others, Pablo Picasso, Ilya Ehrenburg, and Mikhail Sholokhov. In 1950, Tyrmand was removed from “Przekroj” for writing a report on a boxing tournament. In this report, he criticised the bias of Soviet judges. After the termination of his cooperation with “Przekroj”, he contributed to “Tygodnik Powszechny” until the communist authorities closed the magazine in 1953 (the editorial staff refused to publish Stalin’s official obituary).

He made his literary debut in 1947 with a collection of war stories Hotel Ansgar (“Ansgar Hotel”). At the beginning of 1954, he wrote a diary, later published as Diary 1954. He stopped writing it, because the Czytelnik publishing house commissioned him to write the novel Zły (“The Man With White Eyes”), which was published two years later and, despite the not very favourable voices of the critics of the time, almost immediately became iconic.

In 1955, Tyrmand married Małgorzata Rubel-Żurowska, a student of the Academy of Fine Arts. However, he quickly divorced her, and, in the late 1950s, he started a relationship with a well-known fashion journalist, later designer Barbara Hoff. He was a dynamic activist of the jazz movement in Poland – in 1957, his monograph U brzegów jazzu (“On the Border of Jazz”) was published.

In 1971, Leopold Tyrmand got married for the third time, to Mary Ellen Fox, one of his readership and a PhD student of Iberian Studies. They had two children. He died March 19, 1985 in Fort Myers, Florida.

Tyrmand was perceived as a ‘bikinier’ – this image was significantly influenced by his fascination with jazz and the characteristic colourful socks he wore. The communist authorities persistently fought this trend. Therefore, his last book, which he managed to publish in Poland, was published in 1961. It was a novel Filip, containing autobiographical topics from the Second World War. The subsequent works were blocked by censors, and the reissues of his previous books were also denied. Since 1958, Leopold Tyrmand has applied for a passport seven times. He received it in 1959, leaving Poland for a while. It was not until 1965 that he obtained it again, which he immediately took advantage of, leaving Poland forever. He travelled around Europe and went to Israel, where he met with his mother. At the beginning of 1966, he reached the United States. There, he received a scholarship from the State Department, granted to him for being “a significant opinion-forming figure”.  He remained in the United States permanently. In 1967, he began working with the weekly “The New Yorker” and also contributed to (until 1971, when he fell out with Jerzy Giedroyc) the Parisian “Culture”. His essays Dziennik amerykański (“The American Diary”) and Zapiski dyletanta (“Notebooks of a Dilettante”) were also published in the States. He lectured at New York University and Columbia University. He was one of the signatories of the Letter of 59 (a protest against the changes of the Constitution of the People’s Republic of Poland). Tyrmand, considering himself a conservative, co-created in 1976 – together with members of The Rockford Institute – the American conservative magazine ‘Chronicles of Culture’, which is still published today. He criticised pornography and the American mainstream and was a defender of traditional values.

Having acquired the habit of exhibiting my thoughts in print, I let myself in for the deserved reproach of dilettantism.

However, assuming that both my premises and my conclusions are hazy and precarious, I write them down. […] For it has never been proved that a dilettante has nothing to say.”

[L. Tyrmand, Notebooks of a Dilettante]

The circumstances of the creation of Diary 1954 are not entirely clear. Although the author himself maintained that he wrote it in 1954, after he was removed from “Przekrój” and the editorial office of “Tygodnik Powszechny” closed down, many critics and literary experts believe that the diary was created after the writer left for the West – it was not published in full until 1980 in London. Nevertheless, the first three months of 1954 described in the diary, apart from a depiction of relations in the artistic and literary circles, are a priceless image of the era – they contain ironic insights into the social and cultural situation, as well as the absurdities of life and economic backwardness in communist Poland. Tyrmand described Warsaw being rebuilt from the ashes, also returning to what he remembered from before the war. The journal is also a unique display of self-creation, to which the author admits himself:

“From the very beginning, from the first moment I started this diary, I have been nagged by a wish to introduce myself, describe accurately and without bias […]. My name is Leopold Tyrmand, and I like my given name and surname.”

Tyrmand was a great opponent of communism. In his Życie towarzyske i uczuciowe (“Social and Emotional Life”), which he completed in 1964 and which was published three years later by the Paris Institute of Literature, he was critical not only of the moral and ethical attitudes prevailing in the artistic and literary circles, but also of the obsequiousness to the authorities of the People’s Republic of Poland. Although there are fictional characters in the book, it is easy to find their prototypes in reality. The excerpts of the book, printed in the Warsaw magazine “Kultura”, caused a huge scandal at that time. The writer’s anti-communist views were primarily incorporated into his Cywilizacja komunizmu (“Communist Civilisation”), which was rejected by several publishers. It was finally published in 1972. The writer himself described it as “a pamphlet on communism, an intended exaggeration of existing reality”.

However, it was not a collection of columns or notes from his life that was his opus magnum, but the Warsaw novel “about hooligans and bikiners” – The Man With White Eyes.  The criticism at the time was quite cold – after it was published, Andrzej Kijowski called Tyrmand “a great writer for brats”. The Man With White Eyes, however, was seen as an announcement of the October thaw. The plot of the crime story, incorporating the features of a reportage as well as elements of romance, takes place in post-war Warsaw, still buried in rubble, but already being rebuilt. An unquestionably distinguishing feature among the literature of the 1950s was the inclusion in the book of characters from various Warsaw environments and speaking in their own vernacular: journalist, proletarian, and criminal underworld. The Man With White Eyes was translated into many languages during the communist era, including Bulgarian and Portuguese.

What binds all of Leopold Tyrmand’s work together is he himself. Even when drawing a wide panorama of the social life of the People’s Republic of Poland, the writer was self-creating. It also included the outfit he wore: red-green-orange-black striped socks, shortish shorts, and checked English jackets. To this day, Tyrmand remains one of the characters with the greatest influence on Polish pop culture and popularity of jazz music in Poland.

”Because I am not myself. But who then? The devil knows. I have been so determined to be seen as stifled and bypassed by the revolution, the historical moment, my society, and even my own self that I don’t recognise myself,” he wrote in his Diary 1954.